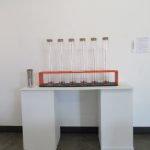 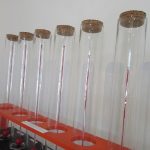 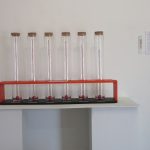 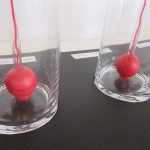 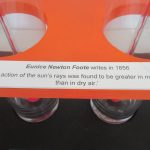 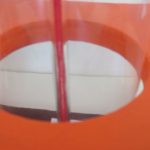 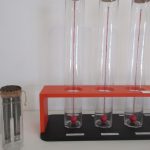 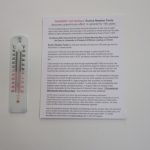 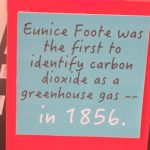 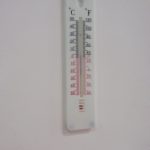 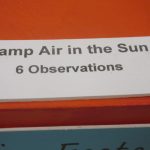 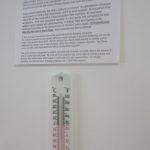 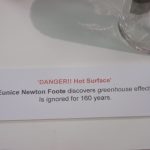 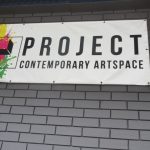 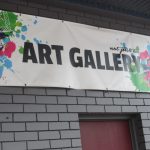 Eunice Newton Foote, the world’s first female climate scientist predicted the earth’s greenhouse effect in 1856. Her published experiments were ignored for over 160 years. Her observations of damp sealed air in glass jars in the shade then the sun reached 110 degrees Fahrenheit. Women and girls are encouraged to study climate change.

The first published paper to demonstrate enhanced absorption of solar rays by water vapour and carbon dioxide, and speculate on the potential for climate warming if the latter attained a higher atmospheric concentration, was published by Eunice Foote in 1856.

The Woman Who Discovered the Cause of Global Warming Was Long Overlooked. Her Story Is a Reminder to Champion All Women Leading on Climate

Eunice Newton Foote the American scientist, who was born 200 years ago was the first woman in climate science.

It was back in 1856 that Foote theorised that changes in carbon dioxide in the atmosphere could affect the Earth’s temperature. She broke scientific ground that remains more relevant than ever in 2019, but history overlooked her until just a few years ago.

Foote arrived at her breakthrough idea through experimentation. With an air pump, two glass cylinders, and four thermometers, she tested the impact of “carbonic acid gas” (the term for carbon dioxide in her day) against “common air.” When placed in the sun, she found that the cylinder with carbon dioxide trapped more heat and stayed hot longer.

From a simple experiment, she drew a profound conclusion: “An atmosphere of that gas would give to our earth a high temperature; and if as some suppose, at one period of its history the air had mixed with it a larger proportion than at present, an increased temperature…must have necessarily resulted.” In other words, she connected the dots between carbon dioxide and global warming.  In August 1856 at a meeting of the American Association for the Advancement of Science Foote’s paper, “Circumstances Affecting the Heat of Sun’s Rays,” was presented and then published.

In 2019 a group of women from around the world released the following declaration:

The climate movement cannot succeed without an urgent upsurge in women’s leadership across the Global South and the Global North. Women and girls are already boldly leading on climate justice, addressing the climate crisis in ways that heal, rather than deepen, systemic injustices. Yet, these voices are often under-represented and efforts inadequately supported.

Now is the moment to recognise the wisdom and leadership of women and girls. Now is the moment to grow in number and build power. We invite all of our sisters to rise and to lead on climate justice, and for those with relative power and privilege to make space for and support others. To change everything, we need everyone. By Katharine Wilkinson July 17, 2019 Time magazine

In another simple experiment Foote filled a sealed glass container with dry ashes and 2 thermometers to gain a more accurate investigation of the subject.